ULB owes this special collection, which is one of only a few of its kind in the German-speaking world, to Hermann Kaiser's passion for the theatre. In 1933, he began collecting anything and everything in association with the Hof- und Landestheater Darmstadt (now the Staatstheater Darmstadt).

Are there no images of the artists, set designs, prop designs and so on listed here any more? They must of course have been present at the time the books were written, and should still be present now, at least in part. But where are they? 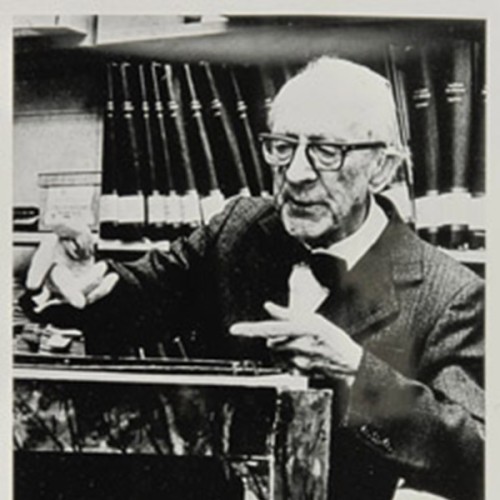 Stills, programmes and reviews are constantly being added to the collection.

The Research Reading Room contains catalogues for research on

Or you can send us your query by email.

Insights into the collection

The hand-drawn costume designs (figurines) by Elli Büttner (1901-1973) are an artistic focus of the collection. Büttner joined the Landestheater Darmstadt in 1922. Many of the costume and stage set designs confirm her passion for detail and her imagination in the creation of garments for the various characters.

Kurt Kempin (1874-1972) modernised the stage design at the Darmstadt Hoftheater. Plastic structures rendered the pure scenery painting a 3D experience on the stage. 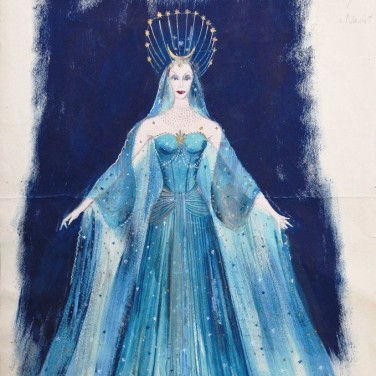 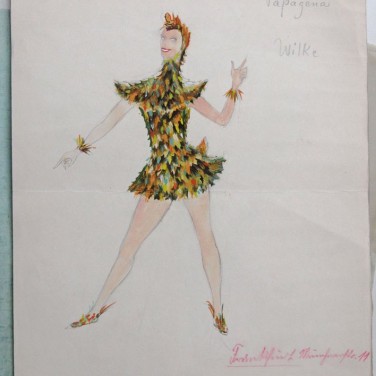 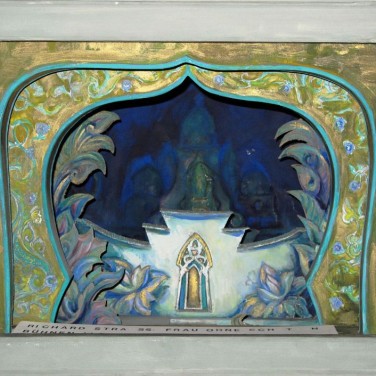 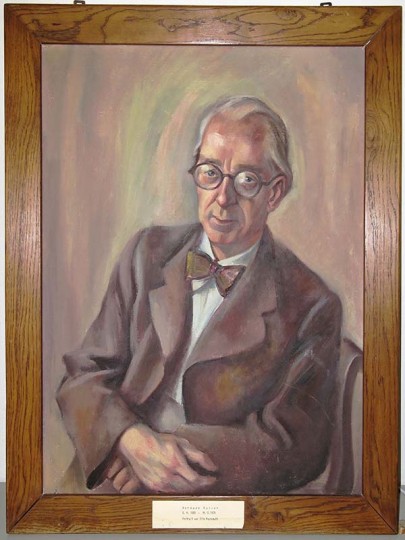 As a student councillor and music teacher, Hermann Kaiser taught at several grammar schools in Darmstadt.

When he was forbidden from working part-time as a theatre critic in 1933, he devoted himself to the history of Darmstadt's theatre life, which began in 1670, and started collecting relevant documents. With the support of friends in the theatrical world and sponsored by the State Library, which contributed relevant plays from its holdings, his collection quickly grew. The collection in the cellar vaults in the western part of the castle survived the destruction of Darmstadt in September 1944 without suffering major damage. This meant that Kaiser, who had already handed over valuable parts of his collection to the State Library as a permanent loan in 1938, was able to continue with his activities.

In 1963, Kaiser had already decreed that the entire collection should pass into the possession of the then State and University Library after his death.

For Kaiser, the most important task of the collection was to document the performances of the Darmstadt Theatre, the Staatstheater and its predecessors. In doing so, he set thematic limits that still apply today. Although there are also still documents about other theatre performances, both with and without direct reference to Darmstadt, they are not part of the fixed collection programme. The oldest evidence of theatre performances in Darmstadt (stage set designs and programme notes) dates back to the second half of the 18th century.